Yesterday morning it was announced that Virgin Radio was returning to the UK airwaves. The station first aired between 1993 and 2008, before changing its name to Absolute Radio. With a new team, including Edith Bowman and former Xfm mainstay Tim Cocker, Virgin Radio will revert to its original name and begin broadcasting nationwide on DAB on March 30. Last week, RAJAR (Radio Joint Audience Research) released the latest numbers from radio stations, with audiences on the rise across the country on digital formats and the rebranded Radio X (once Xfm) showing numbers of awesome listening.

We spoke to Liam Thompson, Director of Programs for Virgin Radio to discuss how the rekindled station will fit into today’s radio landscape.

Why is Virgin Radio back?
Virgin Radio is an iconic and much missed British radio brand. It exists in countries as far apart as Thailand, Dubai, Canada and France, so it’s fitting that it has a place on UK radio.

Digital radio has also seen massive growth over the years, with over 29 million adults claiming to own digital radio today, up 10% year-over-year and accounting for 41.9% listening to the radio. A number of digital radio stations now have audiences of one million or more, so there is a huge opportunity for Virgin Radio to offer even more choice and attract these listeners.

Is there something different about this new version of Virgin Radio?
We have no intention of reliving the past, and Virgin Radio will be a new and relevant offering, consistent with the ever-changing British radio landscape. The station was designed to meet the demands of a modern era, rather than trying to duplicate what was successful many years ago.

We have a new lineup of presenters, from seasoned presenters like Edith Bowman who presents the Breakfast Show, to witty comedians like Matt Richardson who will present Drivetime – his first radio concert. We plan to bring some edginess, wit and humor back to the airwaves – not to mention some really great music!

What audience are you trying to cater to?
We believe there is an opportunity among those who feel too old for BBC Radio 1, but not old enough for BBC Radio 2. Our audience will be music lovers who want to hear good new music, as well as classics.

What kind of music can we expect on the station?
We will be playing a wide range of pop and rock music, from the best 80s and Britpop tunes to the latest artists. We won’t necessarily be focusing on the charts, but we won’t ignore the charts altogether either, so this will be a good mix for music fans. That’s all we can offer you right now, so you’ll need to tune in on March 30 to find out more!

Are we likely to see a variety of genres across shows?
Each show will have a cohesive musical style, but there will be plenty of room for different genres and new music. All presenters share a passion for music and will have the creative freedom to put their own stamp on their shows.

Radio X just posted a huge increase in listeners in the latest RAJAR numbers. How are you going to compete with them?
Part of the increase in Radio X is due to the fact that they are now distributed nationally on digital radio, so this is great news for us and proves that digital music radio is extremely popular. We won’t be competing directly with Radio X, but we are confident that our strong lineup and playlist will expand the choice and appeal to listeners. 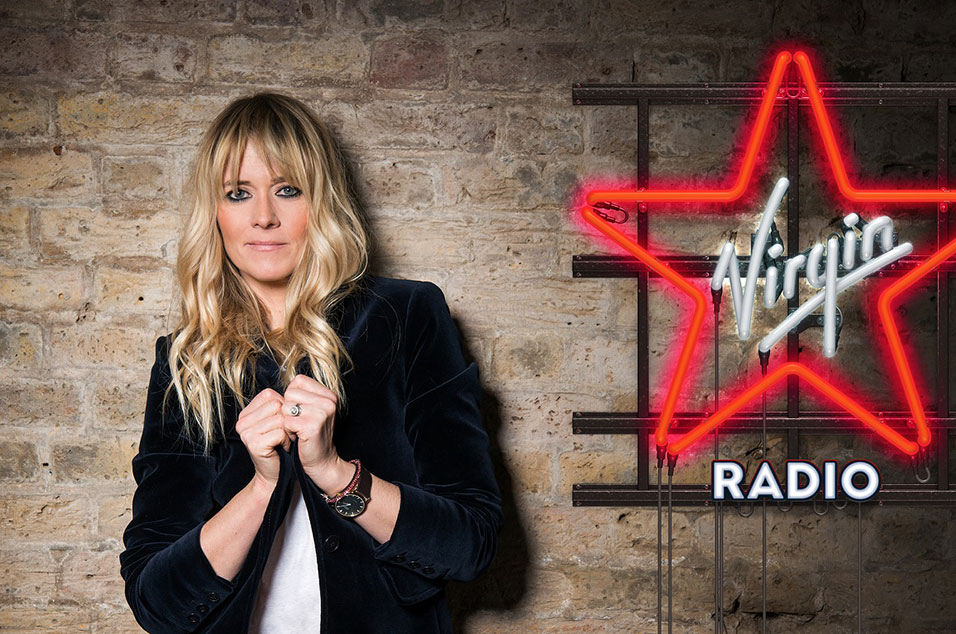 Edith Bowman is a huge blow to the station, what do you hope she brings to the Breakfast Show?
Edith brings tremendous passion and energy to breakfast and she loves music which will get her on air. She is passionate about cinema and has great connections in the entertainment world, so you can guarantee there will be a lot of big names on the show. She will also be the only full-time solo presenter for breakfast on National Radio, which gives us a real point of difference from other stations.

The station will start broadcasting in DAB, is it possible to switch to FM radio?
Digital radio is growing steadily and is widely available as the vast majority of cars are now equipped with DAB. More and more people are listening online and there will also be a Virgin Radio app.

That being said, it will be the content on our station that will make us successful, so we need to shape it for our own market, rather than replicating what has been successful in other countries around the world.

In the latest RAJAR figures we saw that radio listening was on the rise in the UK – does that surprise you?
Not really. Radio is a portable, free medium that has stayed relevant with new stations and new ideas that people love – we’re really happy to be a part of that.

In two years, where do you hope the station will be?
As digital radio’s share of overall radio listening has almost doubled since 2009, we expect that number to continue to grow and that Virgin Radio will have played a role in this success. We hope to continue delivering relevant and current content to an audience that chooses to listen to us frequently because of our talented programming, credible music and entertaining shows. Overall, we hope to have a positive and uplifting influence on people’s lives.

Virgin Radio will launch on Wednesday March 30 – tune in from February 15, 2016. The station will be available digitally, online and on mobile. www.virginradio.co.uk